Here are the links to Prof. Alcenat’s two most recent media appearances:

The American Council of Learned Societies (ACLS) announced that Prof. Yuko Miki is one of its 2020 cohort Fellows. The “ACLS Fellowship program honors scholars in the humanities and humanistic social sciences who have the potential to make significant contributions to knowledge in their fields.”

Yuko Miki’s project is entitled, “Emancipation’s Shadow: Stories of Illegal Slavery.” This project is a narrative history of illegal slavery in the nineteenth-century Atlantic World. Through four intertwined stories, it investigates how illegal slavery thrived throughout the Atlantic World in general, and in Brazil in particular, in the very midst of the “Age of Emancipation.” Attention to the lived experiences of women, men, and children forced into, or who profited from, illegal slavery challenges the predominant history of the nineteenth-century as a period marked by the triumph of abolition and freedom. Drawing on literary analysis and archival ethnography, this project asks how illegal slavery can critique these liberal, modernizing narratives that have been foundational to the study of slavery and abolition, and Atlantic world history more broadly.

Below is the article abstract:

This article examines the transnational efforts of the British Anti‐Slavery Society to end the Saudi Arabian slave trade, highlighting the liveliness of human rights activism throughout the 1950s. The Society’s abolitionist efforts both succeeded and failed at the UN’s Supplementary Convention on the Abolition of Slavery in 1956. The Society failed to pass effective enforcement to end the slave trade, due to the growing concern for sovereignty amid decolonization throughout the Global South. Ironically, as decolonization spread, the Society’s abolitionist efforts were hampered. The Society’s own government avoided assisting them, fearing the imperialist perception of such actions. Nonetheless, the Supplementary Convention internationalized the cause and produced essential allies across the Atlantic: the African American press and American Jewish Congress. In the ensuing years, these journalists and activists denounced the burgeoning US–Saudi alliance and assured the continuity of the abolitionist message in the United States and globally. Although it is beyond the scope of this article, significant evidence exists that this new critical coalition helped shape human rights policy in the Kennedy administration.

Peace & Change publishes scholarly and interpretive articles on the achievement of a peaceful, just, and humane society. International and interdisciplinary in focus, the journal bridges the gap between peace researchers, educators, and activists. It publishes articles on a wide range of peace-related topics, including peace movements and activism, conflict resolution, nonviolence, internationalism, race and gender issues, cross-cultural studies, economic development, the legacy of imperialism, and the post-Cold War upheaval.

Comments Off on Ph.D. Candidate Nicholas J. DeAntonis’ article, “The Transnational Fight to End the Saudi Arabian Slave Trade: The British Anti‐Slavery Society, the African American Press, and the American Jewish Congress, 1953‐1960” is Now Out! 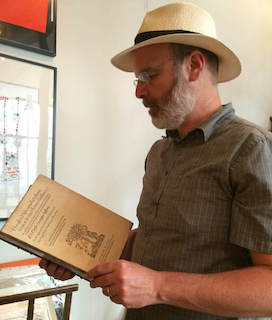 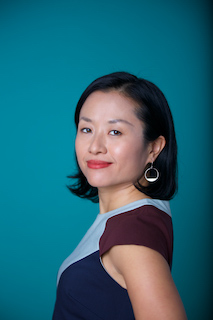 The purpose of the group is to create a collaborative space for faculty and graduate students working on questions related to slavery to share work and receive feedback on their research-in-progress over the course of two meetings per semester.

The first meeting is on Thursday, October 3, from 12 pm – 1:30 pm, at Plaza View Room, Lowenstein, Lincoln Center Campus. Refreshments will be served.

We will be discussing the recent issue of the New York Times Magazine “The 1619 Project,” remembering the landing of the first Africans in Virginia.
You can access the essays here: https://www.nytimes.com/interactive/2019/08/14/magazine/1619-america-slavery.html

Their second meeting will be on Thursday, November 14, from 12 pm – 1:30 pm at the Plaza View Room. They will discuss an article in progress by Prof. Miki.

Please feel free to share this with any colleagues or graduate students whom you think might be interested. All are welcome, including faculty from other institutions in the area. Faculty and students in the History Department are getting extremely excited about the upcoming November 5 event to launch the O’Connell Initiative in the Global History of Capitalism. The event, which  will feature a talk by Harvard University’s Sven Beckert on “Tracking the Global History of Capitalism,” is particularly exciting for the faculty who have read and been inspired by Beckert’s  award-winning 2014 book Empire of Cotton: A Global History. We asked two members of our faculty, David Hamlin and Christopher Dietrich, to sit down and share their thoughts on the book. Their conversation is transcribed below, and it represents both a wonderful entry point into the book’s larger themes and a meditation on the value of studying capitalism from a global perspective. END_OF_DOCUMENT_TOKEN_TO_BE_REPLACED

Please join the Fordham History Department as it celebrates the life and work of Chris Schmidt-Nowara with a series of lectures, panels, and discussions on the fascinating variety of topics to which he dedicated his career. The first event will be held Monday, October 5, at 6:00 pm – 8:00 pm, 2nd Floor – Costantino Room (Fordham Law School). In collaboration with the United Nations, the Burial Database Project of Enslaved Americans and LALSI present Truth: Women, Creativity and the Memory of Slavery, with distinguished women artists and scholars from the Americas. The panel will discuss the representation of  slavery by women artists of African descent throughout the Americas.  Participating artists and scholars include:Yolanda Arroyo Pizarro
Novelist, Poet & Short-Story Writer

Read on to find out about further events this semester…