O’Connell Initiative on the Global History of Capitalism

The O’Connell Initiative on the Global History of Capitalism hosted their first event of the semester on January 26. On the fourth floor of Walsh Library, members of the History Department met for an informal lunch and to hear two of their fellow faculty members, Dr. Samantha Iyer and Dr. David Hamlin, speak about their research that was supported by the O’Connell Initiative. 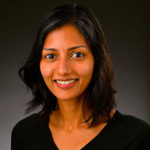 Dr. Iyer’s presentation on “Agrarian Superpower: The Politics of Food in Egypt, India, and the United States, 1870’s to 1970’s” focused on the shift from imperial Britain’s time as an industrial power, dependent on colonies for food and raw goods, to a time when the United States became an agricultural superpower, as well as bringing to light the ways in which the new system emerged from the old one. During summer 2017, Dr. Iyer’s research was aimed at patching up the ‘narrative puzzle’ of moving between sites and scales of systems within her study. Sources for her recent research include publications of the Egyptian Ministries of Agriculture and Finance, 1912 to 1921, as well as papers of the Muslim Brothers (al-Da’wa) and the Socialist Labor Party (al-Sha’b) from the 1970’s.

Speaking on “Germans and the Post-World War One Global Order,” Dr. Hamlin delved into the post-war efforts of the German economy to grow in the world market. His research examines Germany’s financial and commercial policies leading up to the end of the war, but which had already begun a radicalization in 1916. Dr. Hamlin emphasized German anxiety regarding their exclusion from the world market caused by the United States’ and Great Britain’s restrictions on German trade. The two presentations on summer research funded by the O’Connell Initiative were followed by a lively discussion among faculty and graduate students.

The Next O’Connell Initiative on the Global History of Capitalism will be a book launch event, held on February 27th at Lincoln Center, for Frontiers of Citizenship: A Black and Indigenous History of Colonial Brazil by Dr. Yuko Miki.