History Day of 2018 was a great success. Brought together to hear from a great group of undergraduates and faculty, the members of the Fordham community also had the pleasure of Dr. Samantha Iyer as the keynote speaker of this event, presenting her work, titled “The Paradox of Hunger in 1960’s America”. Below are  descriptions of all of the other talks from the day. 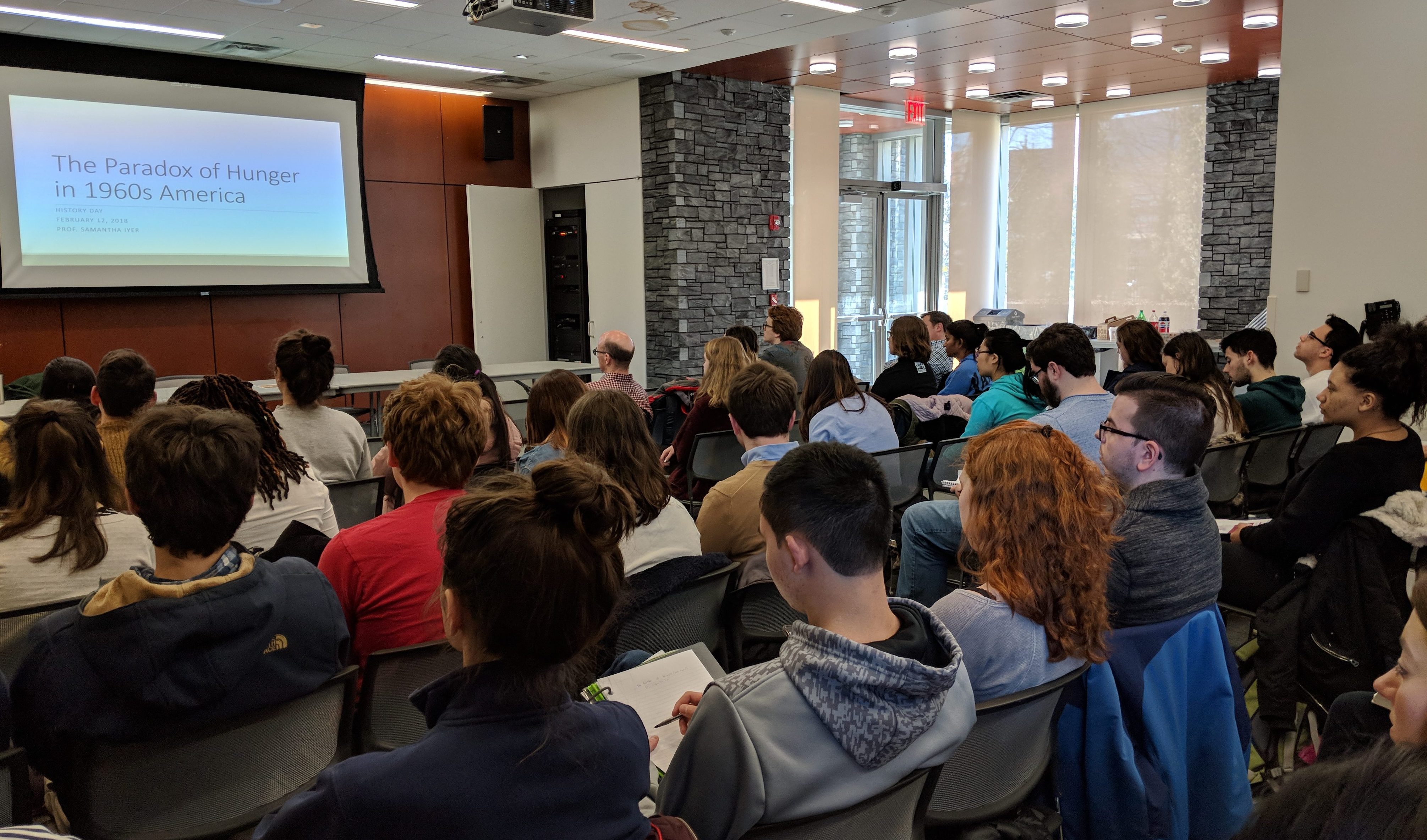 The paper focused on how a 16th century defeated revolution is commemorated in Spain today and what that commemoration says about regional and national identities.

It focuses on the visual publicity and propaganda that the two major woman suffrage organizations in New York produced for the 1915 and 1917 referendum campaigns. It explains how suffragists AND anti-suffragists differed in their vision for women in society and the nation. Jordyn’s historical narrative incorporates primary sources typical of art history and visual culture into.

Her talk combines the role of children in the nascent Republic of China, in the early 20th century, with advertising, modern toys, and psychology.

“Finding Freedom through the Folk: The Performance Identity of Odetta in the Long Civil Rights Movement.”

It discusses the evolving performance identity of Odetta, a folk singer, from the 1950s through mid-1970s. Including how she coped life in Jim Crow America and personal agony, and how she learned to appreciate the agency of people in difficult social and political circumstances. 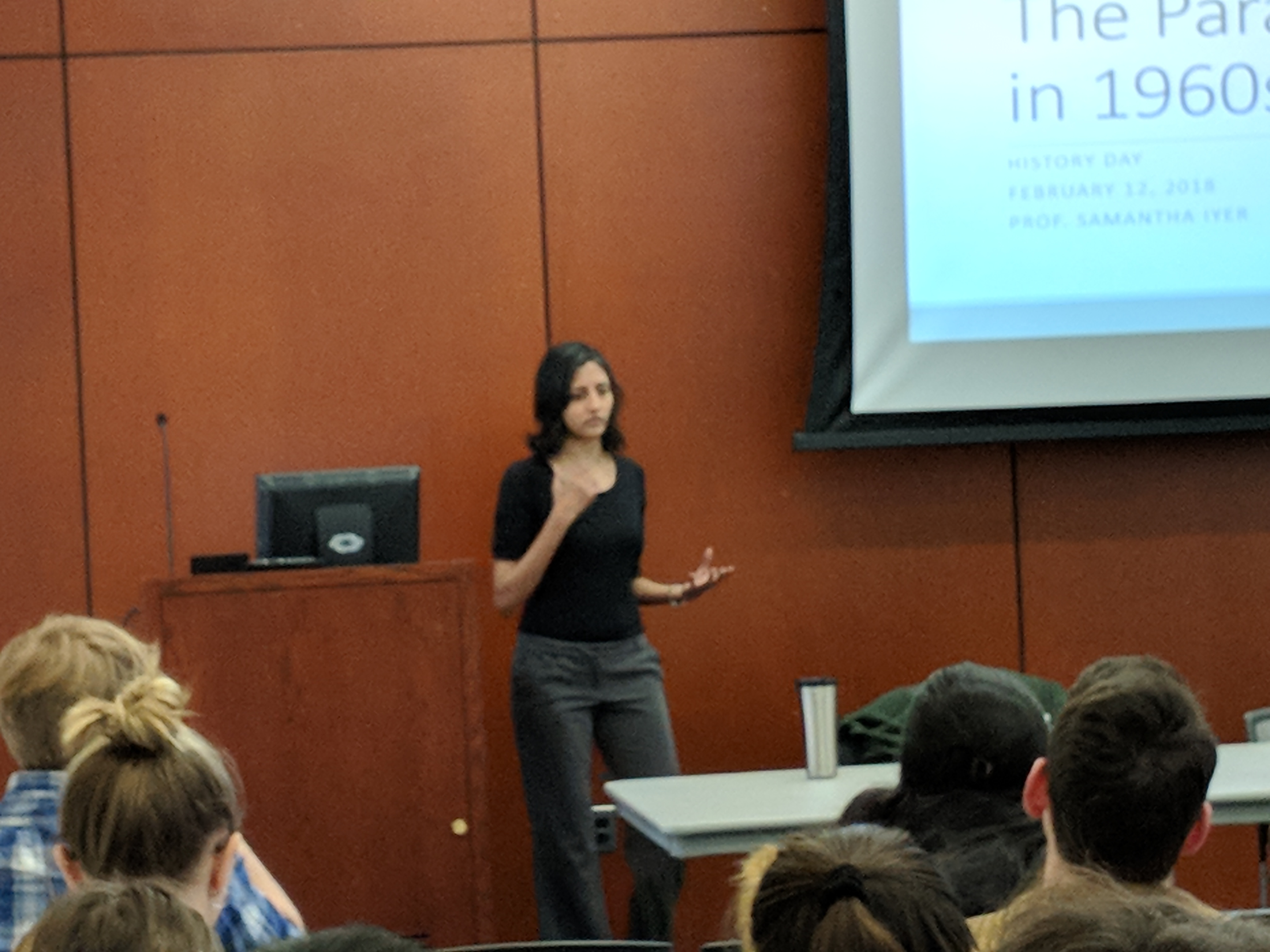 William’s paper discusses Robert Moses’ relationship with the NYC Archdiocese and Fordham University. It focuses particularly on his Slum clearance projects that designated spaces for Catholic institutions because he viewed them as “high culture.” William’s research relies on Fordham archives, newspaper articles and academic books and journals.

“After the Blaze: How the Triangle Shirtwaist Factory Fire of 1911 Galvanized The Personal and Professional Relationships of New York’s Lower- and Upper-Class Female Activists” for Professor Daniel Soyer’s Seminar on the History of New York City

This essay explores the tireless efforts of these four remarkable women and their determination to assert themselves in the public sphere, both before and after NYC’s Triangle Shirtwaist Factory fire of 1911. It contextualizes the tragedy as the catalyst for a multitude of political efforts on the part of these women, as they overhauled labor laws, positioned themselves firmly in the workplace, and reckoned with their own socioeconomic and political differences to effectively transform both the labor and women’s rights movements.

A presentation focused on the health of Medieval Londoners by examining both documentary sources of sicknesses and treatments, as well as the bioanalysis of skeletons. The ways that certain stimuli and social indicators (such as class, income, diet, occupation) played a major role in determining which groups of people contracted particular illnesses have been highlighted. The research relies on the examination of bioarchaeological records from Black Death cemeteries, regular cemeteries, and skeletons of monks as well as treatises from Barber-Surgeons’ guilds and documents stating how to create certain medications.

Zach’s paper examines and compares the treatment of sodomites and trans-folk by Spanish secular and religious authorities. He seeks to demonstrate that the Spanish were merely using the Church as a tool for social control, prioritizing power interests over the conversion of natives. Due to the lack of written histories by pre-colonial Indians, the paper  primarily relies on Spanish court documents and other Spanish primary sources. 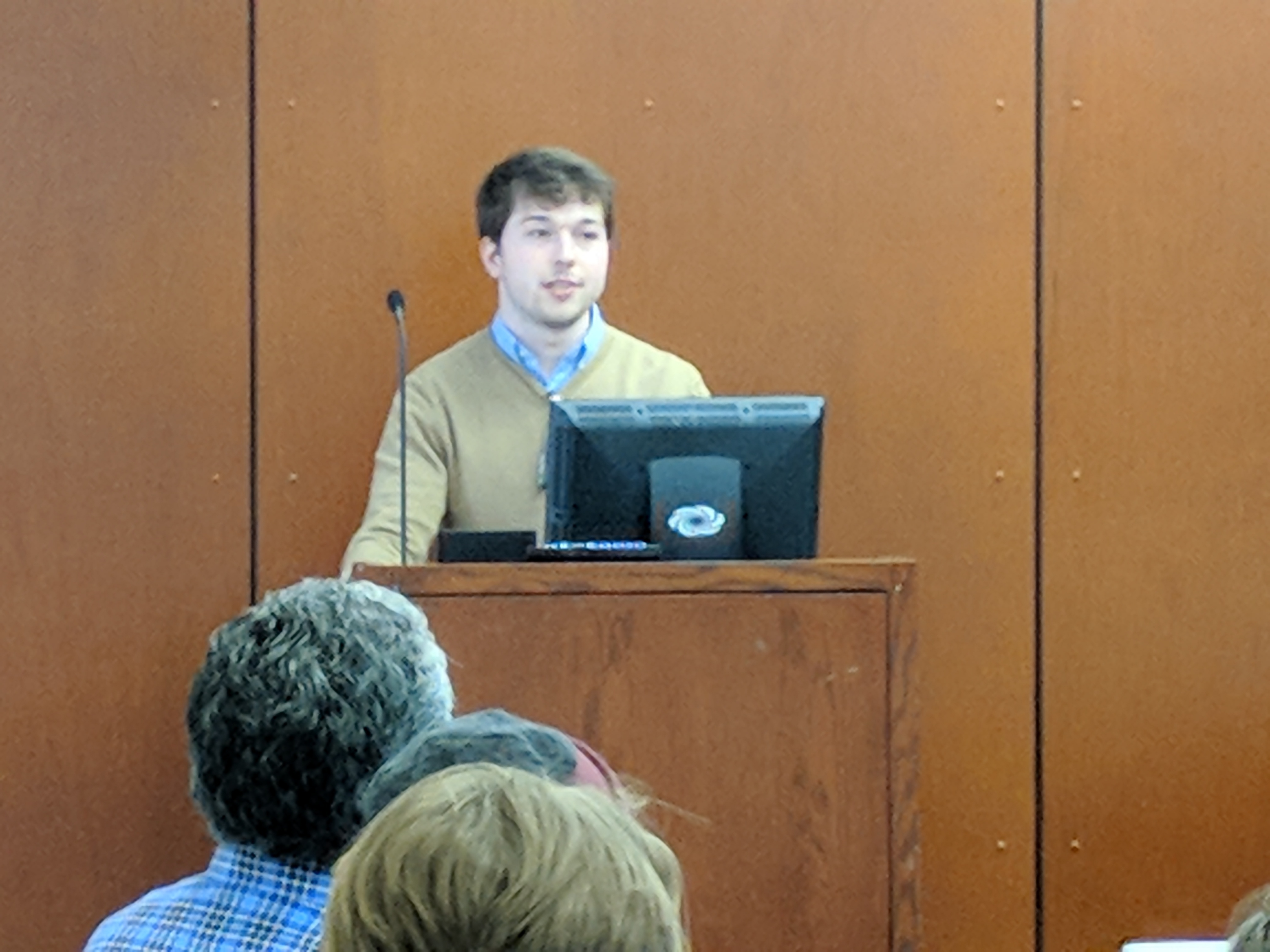 “The Decline and Persistence of the New York City Garment District.” for Professor Daniel Soyer’s Seminar on the History of New York City

Jurnee’s paper discusses the decline of the garment district throughout the twentieth century due to factors like foreign imports and changing consumer taste. Despite its major decline since its peak, the garment district has sustained importance to this day with a new mission and purpose.

Jenna’s paper discusses the work of NYC politician Bella Abzug, with a specific focus on her feminist rhetoric and women’s rights activism in the 1970s. My research relies on autobiographies, biographical sources, newspaper articles, and oral histories.

“Fear of the ‘Muslim Bomb’: The Iranian Nuclear Program in the Context of Cold War Ideology” for Professor Asif Siddiqi’s Seminar on Cold War Science and Technology

The paper seeks to explain how the current Western panic surrounding potential Iranian nuclear proliferation can be more thoroughly understood when examining the geopolitical and ideological considerations that shaped US nuclear policy during the period of decolonization, for instance with programs like the Atoms for Peace program, the UN Non-Proliferation Treaty of 1967, and resulting programs of nuclear exchange under the Shah.

Comments Off on History Day 2018 Recap