The Students of The Mannion Society

The Mannion Society was established by the History Department to encourage outstanding students’ development as researchers. The students are given a chance to work more closely with a member of the faculty in cultivating their research and formulating a well written argument. These students have entered the program with a topic of interest in mind and, while a majority of the research and planning is done independently, they have the guidance and support of Dr. Steven Stoll, the students’ professor of history. The students in this year’s program have written to tell us about their original work.

For my project, I will be researching the Johnson-Reed Act of 1924, specifically the act’s provisions, its effects on immigration law, and 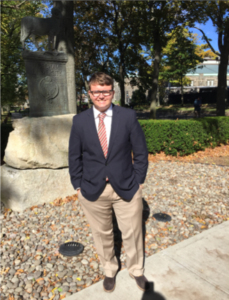 how it passed both houses of Congress. Furthermore, I will analyze the racial prejudices that led to the act and contrast these with xenophobia in America today. I plan to start my paper by addressing the increases in immigration that occurred in the late nineteenth and early twentieth centuries. Due to the increase in immigration, nativist and racist stereotypes surrounding immigrants permeated American society. These stereotypes culminated inthe Red Scare and the rebirth of the Ku Klux Klan. I will also address the racist social-scientific studies of the early twentieth century, which reinforced nativist ideal and anti-immigration arguments. Finally, I will draw parallels to the attitudes and policies surrounding immigration today. My paper will feature a number of different primary and secondary sources, including newspaper articles and political speeches about immigration.

My research is on the controversial Elgin Marbles Affair and the way in which the reaches of British imperialism paved the way for our modern view of owning and displaying cultural property. I am examining the precedents that British colonial influence set specifically through the narrative of the appropriation of the Greek marbles and the British government’s role in later buying and displaying the marble [sculptures] in the British Museum. As the history of British acquisitions demonstrates, the height of imperialistic motivated 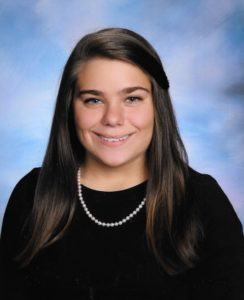 acquisitions largely grew out of social emphasis and pressure that was placed on a return to/appreciation of the culture of great civilizations like Greece and Rome. By possessing items from the ancient times, British superiority became a defined and material space. In a sense, by acquiring these items, the British had a tangible way to own a piece of the world, while their growing empire was similarly acquiring physical space via the colonies. The controversy of British possession of the Elgin Marbles continues to this day and is a source of great national British pride and yet a source of tension for the Greeks. The end goal for my research is to understand how imperialist-driven modes of thinking about acquisitions in the early 19th century is still perpetuated today by museum and acquisitions culture, and most importantly the implications for ethical cultural preservation.

My research investigates the legal codes produced during the first three Islamic Caliphates, specifically those codes which have to do

with religious tolerance and social welfare. My argument is that these three Caliphates could be considered welfare states by Western standards. To examine the first three Islamic Caliphates is to examine the foundations of the religion itself and all of the social and political implications of Islam, as in these Caliphates there is no separation of church and state. 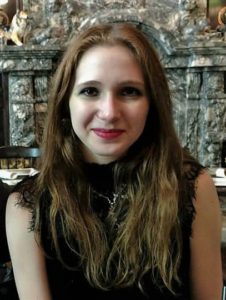 I am examining how feminists in the late twentieth century recovered the symbolism of “the witch” and transformed it from a historically negative concept into one with positive connotations. Modern feminists reclaimed “the witch” as a symbol for female empowerment with the ability to unite women as well as inspire them to question and challenge their society’s ideas of gender norms. A prime example is WITCH (the Women’s International Terrorist Conspiracy from Hell), a radical feminist group that was active during the late 1960s. “Covens” of “witches” across the United States involved in the group publicly hexed institutions they claimed to be oppressive. I will also investigate the ideas about women that shaped seventeenth-century societies in New England. This includes, but is not limited to, the notion that women are inherently attracted to witchcraft, and are thus in need of careful guidance and restrictions. 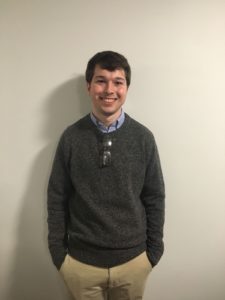 My research is on the use of classic texts by Europeans in the early sixteenth century to make sense of the discovery of the New World, particularly concerning the conquest of Mexico, ancient heroes, and cosmography. There is a Latin translation of Cortes’ second and third letters, published in Nuremberg in 1524, which contains a remarkable and often reproduced map of Tenochtitlan. I will use this document to add to the larger discussion about importance of ancient texts in the intellectual reaction to the Age of Discovery.

We’ll keep you updated on the students’ progress over the Spring Semester!

Comments Off on The Students of The Mannion Society