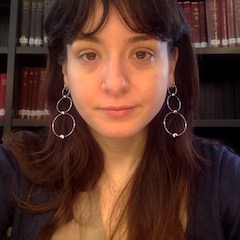 Esther Liberman Cuenca, PhD candidate in History, recently published an article in Urban History (Cambridge University Press) titled “Town clerks and the authorship of custumals in medieval England”. Below is her abstract and a link to the article.

This article examines the expertise and duties of clerks in medieval English towns, particularly their roles in creating custumals, or collections of written customs. Customs could regulate trade, of ce-holding, prostitution and even public nuisance. Many clerks were anonymous, and their contributions to custumals understudied. The careers of relatively well-known clerks, however, do provide insights into how some clerks shaped custumals into civic repositories of customary law. By analysing their oaths and known administrative practices, which involved adapting material from older custumals, this article argues that town clerks played critical roles in transmitting customary law to future generations of administrators.

Town clerks and the authorship of custumals in medieval England