Prof. Steven Stoll Publishes “Charlie Chaplin and Karl Marx in Conversation: On Working and Being in Modern Times” in Public Seminar.

On September 21, 2020, Professor Steven Stoll published, “Charlie Chaplin and Karl Marx in Conversation: On Working and Being in Modern Times,” in the Public Seminar,” in Public Seminar.

Stoll writes: “At a time when some predict that the economic fallout of the coronavirus pandemic could leave many unemployed for months or years, and when the working-class already endures the worst of everything, in a rolling crisis of despair, Modern Times doesn’t look like an excavated relic but a message from the dawn of the American Century to its dusk. The story of the Worker, played by Chaplin, and his homeless partner, the Gamin, played by Paulette Goddard, depicts alienation and disillusionment with capitalism, law enforcement, and the world of industrial work that had failed the working class.”

You can read the full article here.

Comments Off on Prof. Steven Stoll Publishes “Charlie Chaplin and Karl Marx in Conversation: On Working and Being in Modern Times” in Public Seminar. 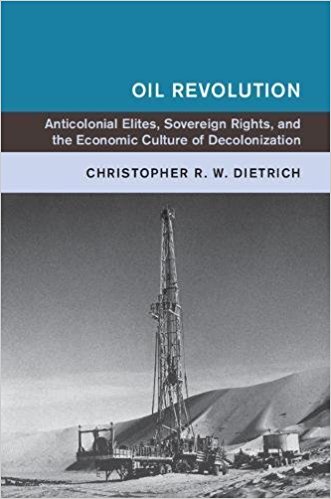 Comments Off on Dr. Christopher Dietrich and the Oil Revolution “No Man’s Land” by Steven Stoll

Steven Stoll, Professor of History here at Fordham University specializing in environmental history and the history of capitalism and agrarian societies, recently published “No Man’s Land” in the Orion Magazine. The article, which you can read here, explores how issues relating to  private property, land rights, local interests, and agriculture can often intersect.  Stoll begins the article relating the case of the South Central Farm in Los Angeles. The plot of land was seized by the city of Los Angeles in 1986, however the community resisted the plan to build an incinerator on the site. The plan folded and the land then came under the control of the Harbor Department. In 1994 the Harbor Department invited the local food bank to use the land to construct a community garden. “But in 2001, one of the prior owners filed a lawsuit against the city. The property had never been used to build the incinerator, and so, he argued, Los Angeles had no reason to seize it. The city settled the case in 2003 by selling the fourteen acres back to the prior owner.” The gardeners, who were then accused of squatting, refused to leave the land. In 2003 police arrested forty people, the farm was bulldozed, and the land remains vacant. Stoll writes, “In the case of the South Central Farm, ownership for profit triumphed over use for subsistence, which, of course, is the way of the world.”

To read the rest of Stoll’s article visit the Orion Magazine website.

Steven Stoll has also published Larding the Lean Earth: Soil and Society in Nineteenth-Century America (2002) and The Great Delusion (2008). He is currently working on a monograph about losing land and livelihood in Appalachia.

Comments Off on “No Man’s Land” by Steven Stoll